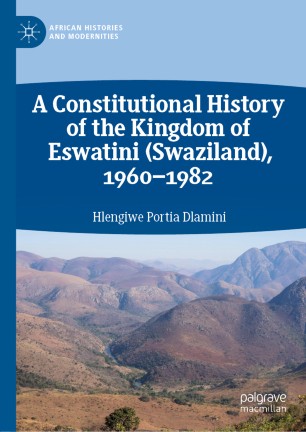 A Constitutional History of the Kingdom of Eswatini (Swaziland), 1960–1982

Swaziland—recently renamed Eswatini—is the only nation-state in Africa with a functioning indigenous political system. Elsewhere on the continent, most departing colonial administrators were succeeded by Western-educated elites. In Swaziland, traditional Swazi leaders managed to establish an absolute monarchy instead, a system which they have successfully defended from competing political forces since the 1970s. This book is the first to study the constitutional history of this monarchy. It examines its origins in the colonial era, the financial support it received from white settlers and apartheid South Africa, and the challenges it faced from political parties and the judiciary, before King Sobhuza II finally consolidated power in 1978 with an auto-coup d’état. As Hlengiwe Dlamini shows, the history of constitution-making in Swaziland is rich, complex, and full of overlooked insight for historians of Africa.