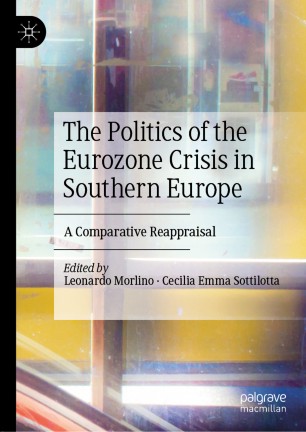 The Politics of the Eurozone Crisis in Southern Europe

This book provides an in-depth account of the politics of the Eurozone crisis in Italy, Spain, Greece, Portugal, Cyprus and Malta, mapping the positions expressed by the governments of Southern EU countries during the Eurozone crisis negotiations, including Greece’s bailout deal, the so-called “Six Pack” and the “Fiscal Compact” and exploring the process of domestic preference formation. The book relies on original data resulting from fieldwork conducted in the context of the EU Commission- funded Horizon 2020 project “The Choice for Europe since Maastricht”.
Leonardo Morlino is Emeritus Professor of Political Science at LUISS, Rome, Italy. He was President of the International Political Science Association (IPSA) (2009–2012). He is a specialist in comparative politics with expertise on Southern and Eastern Europe, Latin America and a focus on processes of democratization. He is the author of more than 30 books and 200 journal essays and book chapters published in 9 languages.
Cecilia Emma Sottilotta is Assistant Professor of International Relations and Global Politics at the American University of Rome (AUR), Italy. Her research interests focus on political risk for foreign investors, South European and Latin American politics. She is the author of Political Risk: Concepts, Theories, Challenges.