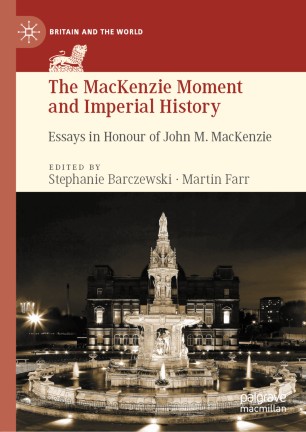 The MacKenzie Moment and Imperial History

‘‘A rich collection of essays that mirrors the thoughtfulness of MacKenzie’s approach to cultural history, the nature of Orientalism, and the previously unconsidered dimensions of social experience in which empire figured large. Alongside close analysis of Scotland’s place in imperial history, there’s extensive treatment of museum culture, imperial architectural styling, trends in imperialist literatures, and evidence of British world connections. Other contributors make crystal clear why the interpretational shifts initiated by MacKenzie’s work are of lasting importance.’’

This book celebrates the career of the eminent historian of the British Empire John M. MacKenzie, who pioneered the examination of the impact of the Empire on metropolitan culture. It is structured around three areas: the cultural impact of empire, 'Four-Nations' history, and global and transnational perspectives. These essays demonstrate MacKenzie’s influence but also interrogate his legacy for the study of imperial history, not only for Britain and the nations of Britain but also in comparative and transnational context. Written by seventeen historians from around the world, its subjects range from Jumbomania in Victorian Britain to popular imperial fiction, the East India Company, the ironic imperial revivalism of the 1960s, Scotland and Ireland and the empire, to transnational Chartism and Belgian colonialism. The essays are framed by three evaluations of what will be known as 'the MacKenzian moment' in the study of imperialism.