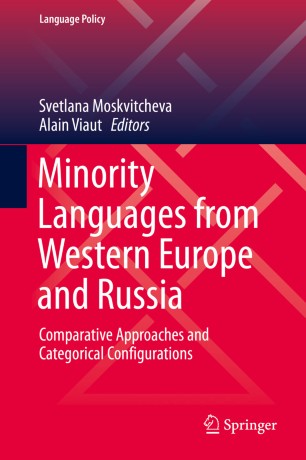 This book offers a comparative approach within a general framework of studies on minority languages of Western Europe and Russia and former Soviet space, focusing on linguistic, legal and categorization aspects. It is connected to a comparative study of the semantic contents of the terms referring to the different categories of these languages.

The volume features multidisciplinary approaches, first linguistic (sociolinguistic and semantic) and legal, and investigates the limits of country-to-country comparisons, mirroring cases from France, Spain, and China with their counterparts from Soviet and later Russian configurations. Special examples, from a region as Ingria and a country as Tajikistan, help to contextualize this approach. In addition, the notion of migration languages, also minority languages, is studied in bilingual contexts, both from external (German, Greek, Chinese ...) and internal origins (Chuvash), linked to the urbanization in contemporary societies that has fostered the presence of these languages in major cities.