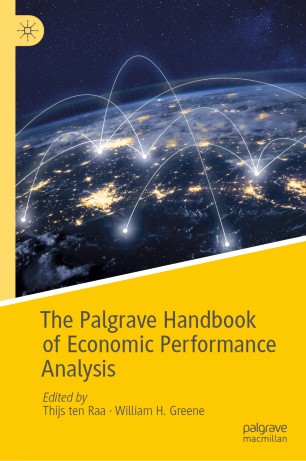 This Handbook takes an econometric approach to the foundations of economic performance analysis. The focus is on the measurement of efficiency, productivity, growth and performance. These concepts are commonly measured residually and difficult to quantify in practice. In real-life applications, efficiency and productivity estimates are often quite sensitive to the models used in the performance assessment and the methodological approaches adopted by the analysis. The Palgrave Handbook of Performance Analysis discusses the two basic techniques of performance measurement – deterministic benchmarking and stochastic benchmarking – in detail, and addresses the statistical techniques that connect them.  All chapters include applications and explore topics ranging from the output/input ratio to productivity indexes and national statistics.