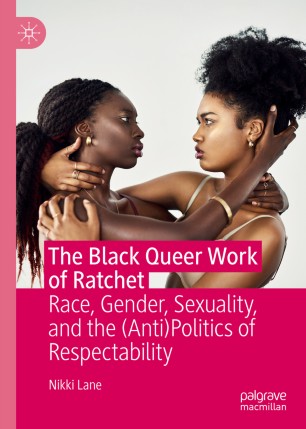 The Black Queer Work of Ratchet

Race, Gender, Sexuality, and the (Anti)Politics of Respectability

This book enters as a corrective to the tendency to trivialize and (mis)appropriate African American language practices. The word ratchet has entered into a wider (whiter) American discourse the same way that many words in African American English have—through hip-hop and social media. Generally, ratchet refers to behaviors and cultural expressions of Black people that sit outside of normative, middle-class respectable codes of conduct. Ratchet can function both as a tool for critiquing bad Black behavior, and as a tool for resisting the notion that there are such things as “good” and “bad” behavior in the first place. This book takes seriously the way ratchet operates in the everyday lives of middle-class and upwardly mobile Black Queer women in Washington, DC who, because of their sexuality, are situated outside of the norms of (Black) respectability. The book introduces the concept of “ratchet/boojie cultural politics” which draws from a rich body of Black intellectual traditions which interrogate the debates concerning what is and is not “acceptable” Black (middle-class) behavior. Placing issues of non-normative sexuality at the center of the conversation about notions of propriety within normative modes of Black middle-class behavior, this book discusses what it means for Black Queer women’s bodies to be present within ratchet/boojie cultural projects, asking what Black Queer women’s increasing visibility does for the everyday experiences of Black queer people more broadly.