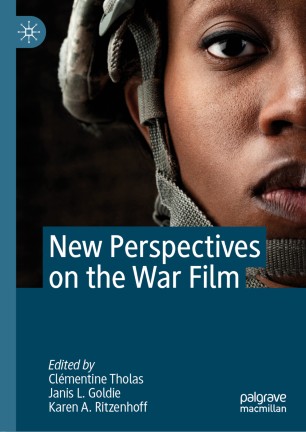 New Perspectives on the War Film

'This brilliant edited volume provides a necessary critique and update to mainstream war films that have systematically erased women and minorities from their narratives. With chapters on Indian soldiers at Dunkirk, varying and complex portrayals of women in combat, indigenous soldiers, depictions of homosexuality, representations of terrorism, and much more, New Perspectives on the War Film brings together innovative research highlighting not just the changing nature of the war film, but war itself.'
— Brian E. Crim, John M. Turner Distinguished Chair in the Humanities, University of Lynchburg, USA

New Perspectives on the War Film addresses the gap in the representation of many forgotten faces of war in mainstream movies and global mass media. The authors concentrate on the untold narratives of those who fought in combat and were affected by its brutal consequences. Chapters discuss the historically under-represented stories of individuals including women, African-American and Indigenous Soldiers. Issues of homosexuality and gender relations in the military, colonial subjects and child soldiers, as well as the changing nature of war via terrorism and bioterrorism are closely analyzed. The contributors demonstrate how these viewpoints have been consistently ignored in mainstream, blockbuster war sagas and strive to re-integrate these lost perspectives into current and future narratives.

Janis L. Goldie is Associate Professor and Chair of the Communication Studies Department at Huntington University at Laurentian, Canada. She co-edited with Karen A. Ritzenhoff, “The Handmaid’s Tale:” Teaching Dystopia, Feminism, and Resistance Across Disciplines and Borders (2019).

Karen A. Ritzenhoff is Professor, Department of Communication at Central Connecticut State University, USA. She is affiliated with the Women, Gender, and Sexuality Studies Program and cinema studies. She recently co-edited with Janis L. Goldie, “The Handmaid’s Tale:” Teaching Dystopia, Feminism, and Resistance Across Disciplines and Borders (2019). In 2015 she coedited The Apocalypse in Film with Angela Krewani; Selling Sex on Screen: From Weimar Cinema to Zombie Porn with Catriona McAvoy, and Humor, Entertainment, and Popular Culture during World War I with Clémentine Tholas (published by Palgrave, 2015). Ritzenhoff is also co-editor of Heroism and Gender in War Films (Palgrave, 2014) with Jakub Kazecki.