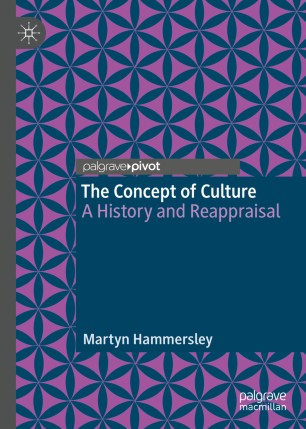 The Concept of Culture

A History and Reappraisal

While the term ‘culture’ has come to be very widely used in both popular and academic discourse, it has a variety of meanings, and the differences among these have not been given sufficient attention. This book explores these meanings, and identifies some of the problems associated with them, as well as examining the role that values should play in cultural analysis.

The development of four, very different, conceptions of culture is traced from the nineteenth century onwards: a notion of aesthetic cultivation associated with Matthew Arnold; the evolutionary view of culture characteristic of nineteenth-century anthropology; the idea of diverse cultures characteristic of twentieth and twenty-first century anthropology; and a conception of culture as a process of situated meaning-making – found today across anthropology, sociology, and cultural studies. These conceptions of culture are interrogated, and a reformulation of the concept is sketched.

This book will be of interest to students and scholars across a variety of fields, including anthropology, sociology, cultural studies, and education.