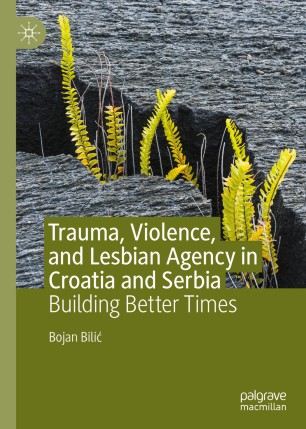 Trauma, Violence, and Lesbian Agency in Croatia and Serbia

"The position of the author of this book is intellectually unique: he learned to love from women, from lesbians and feminists, and he is writing about us and our struggles with a voice that comes from an exceptionally personal and subjective dis/stance [...] Not all of us will agree with him, but 'our' important work has most likely never before been touched upon with such respect and serenity."
Maja Pan, Researcher and Activist, Slovenia
This book uncovers some of the major moments in the fragile and still poorly known herstory of feminist lesbian engagement in Serbia and Croatia. By treating the trauma of war, homophobia, and neoliberal capitalism as a verbally impenetrable experience that longs to be narrated, this monograph explores the ways in which feminist lesbian language has repeatedly emerged in the context of strong patriarchal silencing that has surrounded the armed conflicts of the Yugoslav succession. With an abundance of empirical material, Bilić illuminates a range of courageous but sometimes contested and controversial activist responses to the challenges posed by the violent intersection of misogyny, lesbophobia, poverty, and nationalism. The book renders visible a surprising diversity of activist initiatives and the resilience of transnational affective ties, which testify to the creativity of lesbian activist mobilisations in the ambivalent semi-peripheral space that used to be Yugoslavia.
Trauma, Violence, and Lesbian Agency in Croatia and Serbia will be of interest to scholars and students researching the history and politics of Eastern Europe, as well as to those working in the fields of political sociology, lesbian and gay studies, gender studies, and queer theory and activism.
Bojan Bilić is FCT Fellow at the Institute of Social Sciences, University of Lisbon, Portugal, and Adjunct Professor of Gender and Social Movements in South East Europe at the School of Political Sciences, University of Bologna (Forlì Campus), Italy.