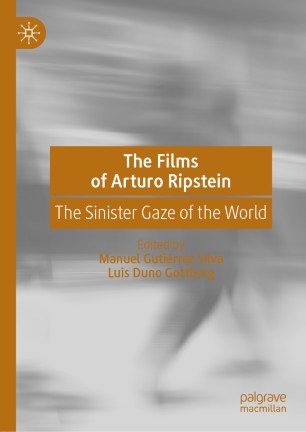 The Films of Arturo Ripstein

The Sinister Gaze of the World

This book gathers eleven scholarly contributions dedicated to the work of Mexican director Arturo Ripstein. The collection, the first of its kind, constitutes a sustained critical engagement with the twenty-nine films made by this highly acclaimed yet under-studied filmmaker. The eleven essays included come from scholars whose work stands at the intersection of the fields of Latin American and Mexican Film Studies, Gender and Queer Studies, Cultural Studies, History and Literary studies. Ripstein’s films, often scripted by his long-time collaborator, Paz Alicia Garciadiego, represent an unprecedented achievement in Mexican and Latin American film. Unlike many of his contemporaries, Ripstein has successfully maintained a prolific output unmatched by any director in the region. Though several book-length studies have been published in Spanish, French, German, and Greek, to date no analogue exists in English. This volume provides a much-needed contribution to the field.