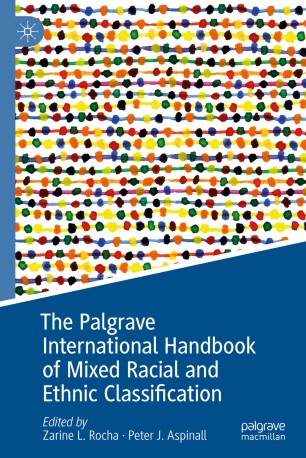 The Palgrave International Handbook of Mixed Racial and Ethnic Classification

This handbook provides a global study of the classification of mixed race and ethnicity at the state level, bringing together a diverse range of country case studies from around the world.

The classification of race and ethnicity by the state is a common way to organize and make sense of populations in many countries, from the national census and birth and death records, to identity cards and household surveys. As populations have grown, diversified, and become increasingly transnational and mobile, single and mutually exclusive categories struggle to adequately capture the complexity of identities and heritages in multicultural societies. State motivations for classification vary widely, and have shifted over time, ranging from subjugation and exclusion to remediation and addressing inequalities. The chapters in this handbook illustrate how differing histories and contemporary realities have led states to count and classify mixedness in different ways, for different reasons.

This collection will serve as a key reference point on the international classification of mixed race and ethnicity for students and scholars across sociology, ethnic and racial studies, and public policy, as well as policy makers and practitioners.

Zarine L. Rocha is Managing Editor of Current Sociology and the Asian Journal of Social Science. She specializes in issues of mixed race/mixed ethnic identity, narratives of belonging, multiculturalism, diversity and social conflict in Asia and the Pacific, and has published a number of books and articles on mixedness around the world.

Peter J. Aspinall is Emeritus Reader at the University of Kent, UK. His publications include around 80 papers on race and ethnicity and several jointly-authored books, including Mixed Race Identities (2013) and Mixed Race Britain in the Twentieth Century (2018). He was ONS National Convenor for the ethnicity question in the ONS 2001 Census Development Programme.