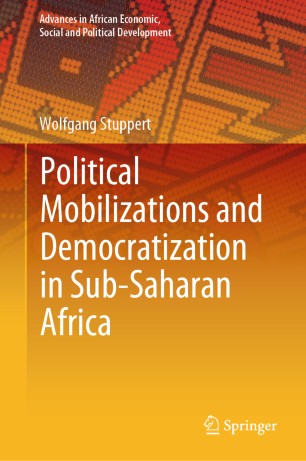 This book explores why democratization processes in Sub-Saharan Africa have made so little progress despite more than two decades of multi-party politics on the subcontinent. By applying multiple linear regression analyses to a new data set on multi-party elections in Sub-Saharan Africa, the study investigates the relationship between political mobilizations and electoral competitiveness. It finds that the more societal groups engage in political mobilizations, such as protests and strikes, the more competitive elections become. Based on these results, the author argues for a change in the policies of international democracy assistance programs. The study’s findings suggest that efforts to promote democracy would likely be more successful if international donors focused their support on organizations that have active constituencies and are willing to use their mobilization capacity to address ruling elites with political or socio-economic grievances.

Wolfgang Stuppert holds a doctoral degree in Social Science from Humboldt University in Berlin, Germany. He has pursued research in East European studies, sociology, law, and political science in Germany and Romania. Over the course of his academic career, he has worked and conducted research on civic activism and democratization in Germany, Romania, Serbia, Uganda, and Zambia. Since 2013, he has worked as an evaluation specialist on education, youth work, gender-based violence, and radicalization for various ministries and governmental agencies, international organizations, and NGOs in Germany, South-Eastern Europe, East and Southern Africa.