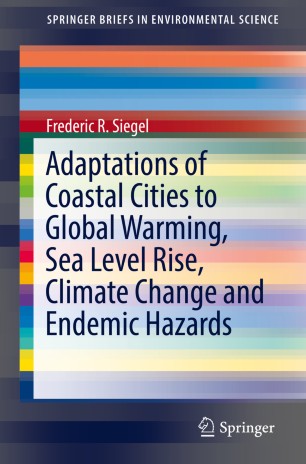 This book discusses the identification of, solutions to, and management of threats to high population coastal cities and their seaports from global warming, climate change and endemic hazards. These include prevention of sea water intrusion of freshwater coastal aquifers, emplacement of barriers that mitigate the threats from sea level rise, and inundation of urban centers plus those from storm surges that cause flooding and salination of inshore terrain. The book assesses mitigation of the effects of extreme weather events such as drought, and major flooding from heavy rainfall on coastal urban centers, or on associated drainage basins. It also considers how coastal cities can counter vulnerabilities from other physical hazards (e.g., earthquakes - building codes) and health hazards (e.g., pollution, public health response - preparedness) that may be related to a city’s geological/geographical location and service as a port of entry for goods and travelers (regional and international). The book also cites the high costs of safeguarding citizen and municipal assets, but notes possible sources of potential funding especially from less developed and developing nations. The book is written to give strong background information to students majoring in environmental sciences or those in other majors with interests in the effects of global warming/climate change, and will be of interest to social scientists, think tank personnel, government planners, and lay persons in environmentally oriented organizations.