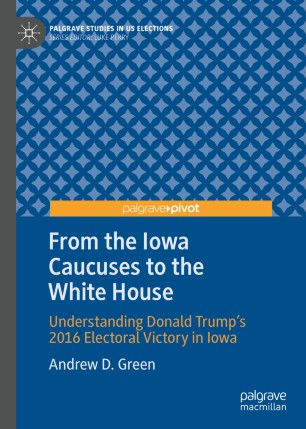 From the Iowa Caucuses to the White House

Donald Trump won a significant victory in Iowa in 2016. Although Iowa was carried by Barack Obama in 2008 and 2012, Trump won the popular vote in 93 of its 99 counties, 32 of which were carried by Obama in 2012. What explains this significant victory, in which a third of Iowa’s counties were flipped? Through a mixed-methods approach, this volume demonstrates that Trump’s electoral victory was shaped by three key factors: firstly, the electorate’s desire for “change” in Washington, D.C.; secondly, Trump’s successful appeals to both the Republican base and white, working-class voters who had previously supported Barack Obama; and thirdly, Iowa’s conservative ideological tendency regarding immigration and race. While contributing to emerging literature on the 2016 presidential elections, this book also serves to aid educators with a published resource on Iowa's electoral politics.