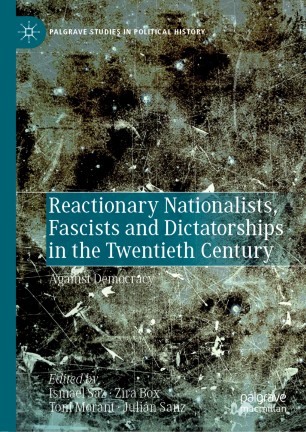 Reactionary Nationalists, Fascists and Dictatorships in the Twentieth Century

This book provides a comparative study of fascisms and reactionary nationalisms. It presents these as transnational political cultures and examines the dictatorships and regimes in which these cultures played significant roles. The book is organised into three main sections, focusing on nationalists, fascists and dictatorships in turn. The chapters range across French, Italian, Spanish, Portuguese and German experiences, and include a broader overview of the political cultures in Central and Eastern Europe as well as Latin America. The chapters consider the identities, organizations and evolution of the various cultures and specific political movements, alongside the intersections between these movements and how they adapted to changing contexts. By doing so, the book offers a global view of fascisms and reactionary nationalisms, and promotes debate around these political cultures.