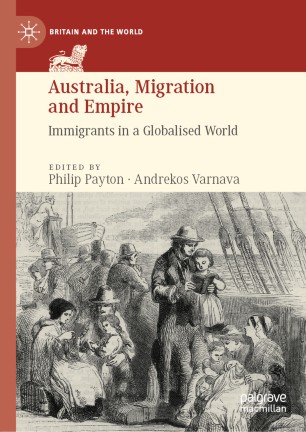 Immigrants in a Globalised World

This edited collection explores how migrants played a major role in the creation and settlement of the British Empire, by focusing on a series of Australian case studies. Despite their shared experiences of migration and settlement, migrants nonetheless often exhibited distinctive cultural identities, which could be deployed for advantage. Migration established global mobility as a defining feature of the Empire. Ethnicity, class and gender were often powerful determinants of migrant attitudes and behaviour. This volume addresses these considerations, illuminating the complexity and diversity of the British Empire’s global immigration story. Since 1788, the propensity of the populations of Britain and Ireland to immigrate to Australia varied widely, but what this volume highlights is their remarkable diversity in character and impact. The book also presents the opportunities that existed for other immigrant groups to demonstrate their loyalty as members of the (white) Australian community, along with notable exceptions which demonstrated the limits of this inclusivity.