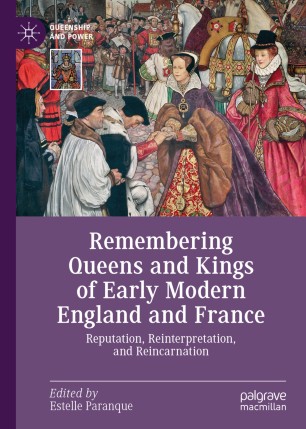 Remembering Queens and Kings of Early Modern England and France

This collection examines the afterlives of early modern English and French rulers. Spanning five centuries of cultural memory, the volume offers case studies of how kings and queens were remembered, represented, and reincarnated in a wide range of sources, from contemporary pageants, plays, and visual art to twenty-first-century television, and from premodern fiction to manga and romance novels. With essays on well-known figures such as Elizabeth I and Marie Antoinette as well as lesser-known monarchs such as Francis II of France and Mary Tudor, Queen of France, Remembering Queens and Kings of Early Modern England and France brings together reflections on how rulers live on in collective memory.