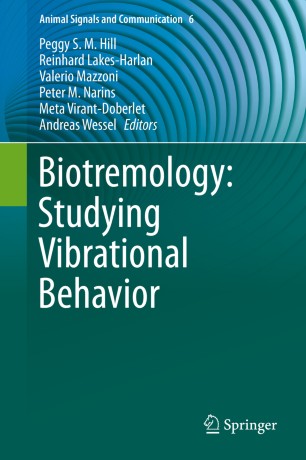 This volume is a self-contained companion piece to Studying Vibrational Communication, published in 2014 within the same series. The field has expanded considerably since then, and has even acquired a name of its own: biotremology.

In this context, the book reports on new concepts in this fascinating discipline, and features chapters on state-of-the art methods for studying behavior tied to substrate-borne vibrations, as well as an entire section on applied biotremology. Also included are a historical contribution by pioneers in the field and several chapters reviewing the advances that have been made regarding specific animal taxa. Other new topics covered are vibrational communication in vertebrates, multimodal communication, and biotremology in the classroom, as well as in art and music. Given its scope, the book will appeal to all those interested in communication and vibrational behavior, but also to those seeking to learn about an ancient mode of communication.