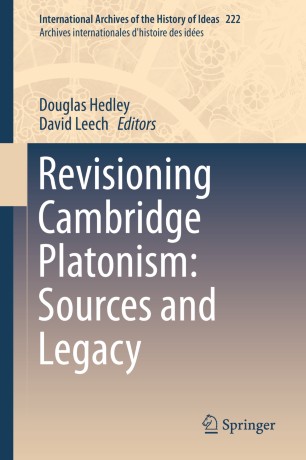 This volume contains essays that examine the work and legacy of the Cambridge Platonists. The essays reappraise the ideas of this key group of English thinkers who served as a key link between the Renaissance and the modern era.

The contributors examine the sources of the Cambridge Platonists and discuss their take-up in the eighteenth-century. Readers will learn about the intellectual formation of this philosophical group as well as the reception their ideas received. Coverage also details how their work links to earlier Platonic traditions.

This interdisciplinary collection explores a broad range of themes and an appropriately wide range of knowledge. It brings together an international team of scholars. They offer a broad combination of expertise from across the following disciplines: philosophy, Neoplatonic studies, religious studies, intellectual history, seventeenth-century literature, women’s writing, and dissenting studies.

The essays were originally presented at a series of workshops in Cambridge on the Cambridge Platonists funded by the AHRC.

David Leech is a Lecturer at the University of Bristol, UK. He has published widely on aspects of Cambridge Platonism, including the monograph “The Hammer of the Cartesians: Henry More’s Philosophy of Spirit and the Origins of Modern Atheism.” Peeters Publishers, Leuven, 2013.