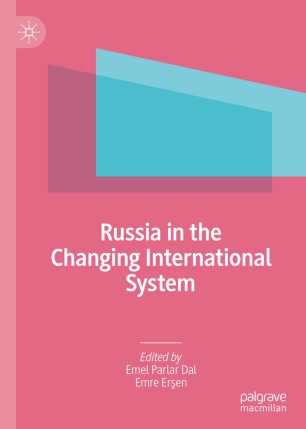 Russia in the Changing International System

This volume seeks to explore Russia’s perceptions of the changing international system in the twenty-first century and evaluate the determinants of Russian motives, roles and strategies towards a number of contemporary regional and global issues. The chapters of the volume discuss various aspects of Russian foreign policy with regard to key actors like the U.S., EU and China; international organizations such as the BRICS, Shanghai Cooperation Organization, Eurasian Economic Union and Collective Security Treaty Organization; and a number of regional conflicts including Ukraine and Syria. The contributors seek to understand how the discourses of “anti-Westernism” and “post-Westernism” are employed in the redefinition of Russia’s relations with the other actors of the international system and how Russia perceives the concept of “regional hegemony,” particularly in the former Soviet space and the Middle East.
Emel Parlar Dal is Associate Professor in the Department of International Relations at Marmara University, Turkey.
Emre Erşen is Associate Professor in the Department of Political Science and International Relations at Marmara University, Turkey.