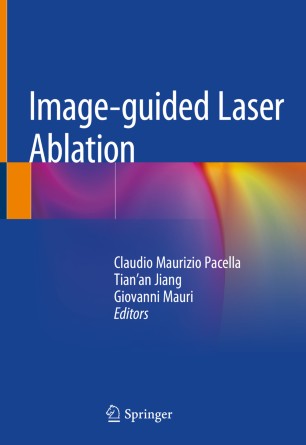 This book offers a comprehensive guide to the technical basis of laser ablation, describing and reporting in detail on the latest findings. The world of medicine is currently working to reduce the invasiveness of treatment, in order to improve patients’ quality of life. Image-guided ablations are rapidly becoming an effective alternative to several surgical treatments. Among the many techniques available for ablation, laser is still not widely used, though its efficacy has been amply demonstrated. The scientific community is now showing a growing interest in laser techniques for image-guided ablations, and many physicians are willing to start using lasers in their clinical practice.

The book is divided into 16 chapters, including historical notes, technical aspects, outcomes of ex-vivo experiments, and results of the application of this technique in various clinical scenarios. It will be of great interest to a broad range of physicians (interventional radiologists, surgeons, gastroenterologists, endocrinologists, urologists), from less experienced trainees to expert physicians who want to introduce a novel clinical practice.

Dr. Pacella graduated from the Faculty of Medicine of the University of Rome in 1973, followed by a 3-year residency in the Department of Diagnostic Radiology at Umberto I Hospital of Rome University “La Sapienza.” He then joined the Radiology Service at Regina Apostolorum Hospital in Albano Laziale, Rome, as Assistant Director. From 1980 to 1984 he completed a residency at the Department of Radiation Therapy/Oncology at the “Agostino Gemelli” Hospital of the “Sacro Cuore” Catholic University of Rome. Since 1996 he has been Chief of the Department of Radiology and Diagnostic Imaging at the “Regina Apostolorum” Hospital. He has published 70 papers in peer-reviewed journals and is the author or co-author of 15 book chapters, commentaries and reviews. He has presented more than 200 papers at national/international conferences.

Prof. Tian’an Jiang received his MD from Shanghai Medical University in 1993, and completed his PhD at Zhejiang University in 2004. In 2005 he became Chief Physician at the Ultrasonic Medicine Department of the First Affiliated Hospital of Zhejiang University. In 2013, he became Deputy Leader for the Interventional Group of the Ultrasonic Branch of the CMA (Chinese Medical Association). In 2017, he was appointed Director of the Ultrasonic Medicine Department and Deputy Director of the Hepatobiliary and Pancreatic Intervention Center at the First Affiliated Hospital of Zhejiang University. He is currently Chairman of the Ultrasonic Branch of the CMA for Zhejiang Province. On the basis of experimental studies, Prof. Jiang has published 28 papers in peer-reviewed journals. He is the editor-in-chief of 3 books, deputy editor-in-chief of 4 books, and co-editor of 20 books. He has presented more than 100 papers at national/international conferences and serves on the editorial board of numerous peer-reviewed journals.

Dr. Mauri graduated from the University of Milan School of Medicine in 2007 and completed his Board Certification in Radiology at the same university in 2012. In 2010 he had a 6-month fellowship in Interventional Radiology at St George’s Hospital, University of London, and another 6-month research fellowship in Interventional Radiology at Brigham and Women’s Hospital, Harvard Medical School, Boston in 2011. He worked as a Consultant Radiologist at IRCCS Policlinico San Donato, San Donato Milanese, General Hospital of Busto Arsizio, and currently works as an Interventional Radiologist at the European Institute of Oncology in Milan. Dr. Mauri has published 101 papers in peer-reviewed journals and is the coauthor of five book chapters. He has presented more than 100 papers at national/international conferences and serves on the editorial boards of several peer-reviewed journals. His clinical activities and research are focused on several radiologic subspecialties, including interventional oncology, vascular interventional procedures, biliary interventional procedures, and CT and US guided procedures.