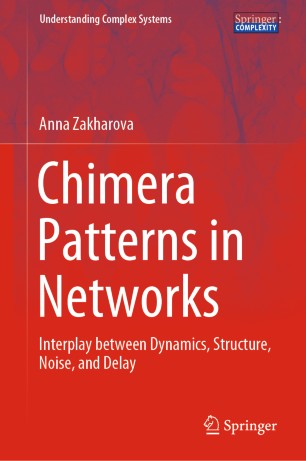 This is the first book devoted to chimera states - peculiar partial synchronization patterns in networks. Providing an overview of the state of the art in research on this topic, it explores how these hybrid states, which are composed of spatially separated domains of synchronized and desynchronized behavior, arise surprisingly in networks of identical units and symmetric coupling topologies. The book not only describes various types of chimeras, but also discusses the role of time delay, stochasticity, and network topology for these synchronization-desynchronization patterns. Moreover, it addresses the question of robustness and control of chimera states, which have various applications in physics, biology, chemistry, and engineering.

This book is intended for researchers with a background in physics, applied mathematics, or engineering. Of great interest to specialists working on related problems, it is also a valuable resource for newcomers to the field and other scientists working on the control of spatio-temporal patterns.

Anna Zakharova obtained her doctoral degree in Theoretical Physics with the distinction magna cum laude from the University of Potsdam in Germany in 2012. Since then she has been a Research Associate at the Department of Theoretical Physics of TU Berlin (Berlin Institute of Technology). She is the Principal Investigator of the projects “Controlling complex networks: interplay of structure, noise, and delay” and "Control and dynamics of multilayer networks" as part of the Collaborative Research Center SFB 910, funded by the German Research Foundation (DFG). Her research focuses on nonlinear dynamical systems, noise-induced dynamics, control of neural networks, oscillation suppression in nonlinear dynamical systems and networks, and stochastic effects in networks with delay. She has written 51 peer-reviewed publications.