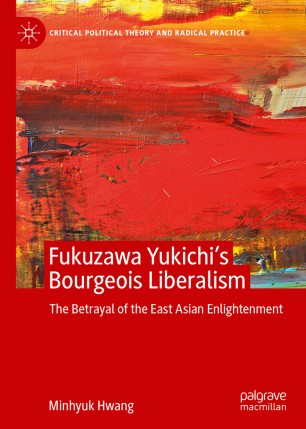 The Betrayal of the East Asian Enlightenment

Fukuzawa Yukichi’s Bourgeois Liberalism introduces readers to the East Asian Enlightenment led by Fukuzawa Yukichi, one of the most important figures in the intellectual history of modern Japan. Despite his impact on political theory and modern Japanese history, Fukuzawa remains under-researched in Western academia, and while a few English-language books have been written about Fukuzawa, none have dealt with his political theory. This book describes Fukuzawa as a character with universal relevance and a unique view of the Enlightenment tradition. Emphasizing the power of bourgeois liberalism and the debate regarding its potential for transforming the strict class-caste society of Tokugawa Japan, Hwang discusses Fukuzawa's belief in the significance of individual autonomy, progress, and liberal rule of law in developing his project of the East Asian enlightenment, as well as his supposed “betrayal” of his early commitments due to his existential desire for Western recognition of Japan’s greatness. The book ends with an analysis of the complex relation between liberalism and progress in the East Asian context. ​

Minhyuk Hwang is an Adjunct Lecturer in the Department of Political Science at Rutgers University, USA.

“In this exploration of the life and career of Fukuzawa Yukichi, Minhyuk Hwang introduces political theorists to a crucial figure in the history of political thought, and in the uneasy relationship between ‘East’ and ‘West’ more generally. Fukuzawa’s work unsettles conventional views on a wide range of concepts–liberalism, nationalism, tradition, culture, individualism, even the notion of ‘Enlightenment’ itself–and Fukuzawa Yukichi’s Bourgeois Liberalism provides a ready guide not only to Fukuzawa’s writings, but his controversial career and legacy.” (Andrew R. Murphy, Professor, Political Science, Rutgers University, USA )
Buy options