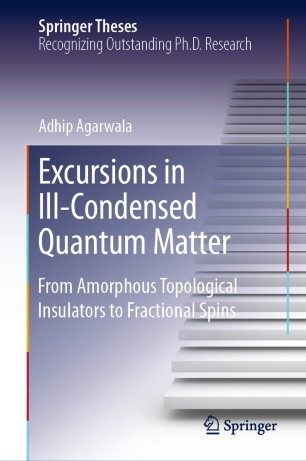 Impurities, disorder or amorphous systems – ill-condensed matter – are mostly considered inconveniences in the study of materials, which is otherwise heavily based on idealized perfect crystals. The Kondo effect and the scaling theory of localization are among the fundamental and early discoveries which revealed the novelty hidden in impure or disordered systems. Recent advances in condensed matter physics have emphasized the role of topology, spin-orbit coupling, and certain discrete symmetries such as time reversal in many physical phenomena. These have irreversibly transformed the essential ideas and purview of condensed matter physics, both in theoretical and experimental directions. However, many of these recent developments and their implications are limited to, or by, ideas that pertain to clean systems. This thesis deals with various aspects of these new developments, but in the case of unclean systems. The author introduces new ideas such as amorphous topological insulators, fractalized metals and fractionalized spins.

​A physics major from Hindu College, University of Delhi and a Masters in Physics from Indian Institute of Technology (Delhi),  Adhip Agarwala pursued his PhD from Department of Physics, Indian Institute of Science, Bangalore (India). Currently, he is a postdoctoral researcher based at the International Centre for Theoretical Sciences, Tata Institute of Fundamental Research, Bangalore. He works in the field of theoretical quantum condensed matter with focus on topological systems, strongly correlated materials and driven systems.