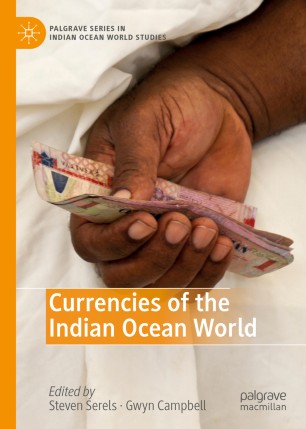 Currencies of the Indian Ocean World

This book is the first to trace the unique monetary history of the Indian Ocean World. Long-distance trade across the region was facilitated by a highly complex multi-currency system undergirded by shared ideas that transcended ethno-linguistic, religious and class divisions. Currencies also occupied key roles in local spiritual, aesthetic and affective practices. Foregrounding these tensions between the global/universalistic and the local/particularistic, the volume shows how this traditional currency system remained in place until the middle of the twentieth century, and how aspects of the system continue to inform monetary practices throughout the region. With case studies covering China, India, the Arabian Sea, the Red Sea, East Africa, Zanzibar, Madagascar and Mauritius from the thirteenth to the twenty-first centuries, this volume explores the central role currencies played in economic exchange as well as in establishing communal bonds, defining state power and expressing religious sentiments.