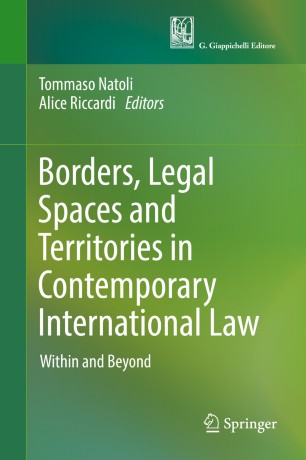 This book examines the challenges posed to contemporary international law by the shifting role of the border, which has recently re-emerged as a central issue in international relations. It posits that borders do not merely correspond to States’ boundaries: indeed, while remaining a fundamental tool for asserting States’ power, they are in fact a collection of constantly changing spatial limits. Consequently, the book approaches borders as context-specific limits and revisits notions traditionally linked to them (jurisdiction, sovereignty, responsibility, individual rights), while also adopting the innovative approach of viewing borders as phenomena of both closedness and openness. Accordingly, the first part of the book addresses what happens “within” borders, investigating the root causes of the emergence of spatial limits and re-assessing apparent extra-territorial assertions of State power. In turn, the second part not only explores typical borderless spaces, but also more generally considers the exercise of States’ and international organisations’ powers and prerogatives across or “beyond” borders.