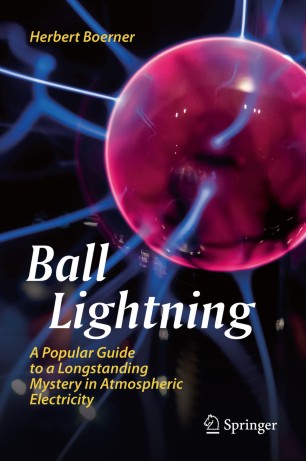 A Popular Guide to a Longstanding Mystery in Atmospheric Electricity

Ball lightning is an enigma. These luminous objects that appear occasionally during thunderstorms and can reach several meters in diameter have been a mystery to science for about 200 years. Despite several thousands of reported observations, their nature is still unknown. In this book, well documented cases of ball lightning are described and used to unravel some aspects of this mysterious form of atmospheric electricity. Throughout the book, the author discusses the various facets of the problem in an accessible but rigorous style, delivering a readable and informative text that will captivate the curious reader. He finally reaches the surprising conclusion that the solution to this puzzle may have been hidden in plain sight for many years.

A foreword by Earle Williams, leading lightning researcher at MIT, introduces the book.

Herbert Boerner obtained his PhD for experimental work in High Energy Physics from Bonn University in 1981. After postdoc positions at KEK in Japan and CERN in Geneva he joined Philips research in 1986, first working in the Hamburg laboratory, and from 1995 on in the Aachen laboratory. From this year until his retirement in 2012 he worked on the physics and engineering of organic light emitting diodes (OLED).