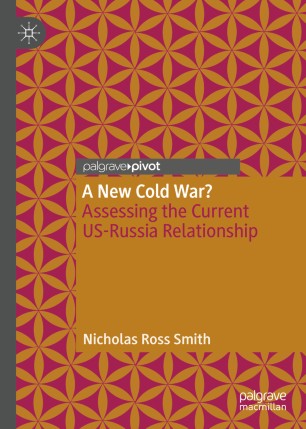 ‘This book offers a timely assessment of the current US-Russian relations by addressing the most pressing question confronting international relations scholars…Smith skillfully identifies four key dimensions to compare the Cold War and the current state of US-Russian relations, giving us a much better picture of the potential for a new cold war, and making it essential reading.'

‘Concise, to the point, clearly written, and effectively argued are among the reactions after reading this brief, but incisive, comparison of the Cold War with current Russian-US relations. [It] demonstrates that, when the structural, the ideological, the psychological, and the technological dimensions of the Cold War are compared with the current US-Russia relationship significant differences are observable. This questions the validity of using the term ‘Cold War’ as a framework for analysis of the current situation.’

This book examines the contention that current US-Russia relations have descended into a ‘New Cold War’. It examines four key dimensions of the original Cold War, the structural, the ideological, the psychological, and the technological, and argues that the current US-Russia relationship bears little resemblance to the Cold War. Presently, the international system is transitioning towards multipolarity, with Russia a declining power, while current ideological differences and threat perceptions are neither as rigid nor as bleak as they once were. Ultimately, when the four dimensions of analysis are weighed in unison, this work argues that the claim of a New Cold War is a hyperbolic assessment of US-Russia relations.