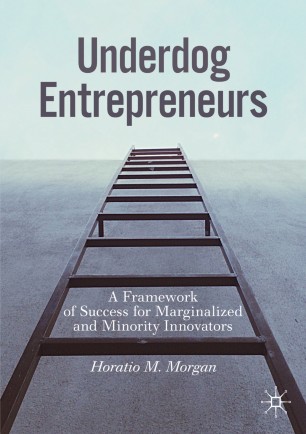 A Framework of Success for Marginalized and Minority Innovators

Entrepreneurship is challenging, whatever your background, in the current science- and technology-driven Western world. However, unlike traditionally dominant, native-born, white male entrepreneurs in Silicon Valley and elsewhere, those who face greater hurdles blocking their path to success primarily come from marginalized and minority groups, both real and self-perceived—including immigrants, refugees, women, blacks, Hispanics, and Asians. Despite their potential to innovate and add value in the global marketplace, they persistently struggle, or fail, because they lack the requisite code-breaking skills. This book helps these underdog entrepreneurs acquire those skills with actionable advice to achieve and sustain success.

It proposes a framework that pinpoints what the author calls the outsider problem—that is, situations in which individuals are primarily disadvantaged because they lack access to networks that facilitate superior learning and performance outcomes. He completes the framework by incorporating personal qualities and strategies that can solve this problem.

Along the way, Morgan distills insights and evidence from multiple fields, combined with a fresh look at the familiar stories of initially marginalized business leaders, such as Indra Nooyi, Jack Ma, Hilary Devey and Mike Lazaridis. He also shares the less known, but equally inspiring stories of others.

This book will help readers thrive while transcending their underdog status.