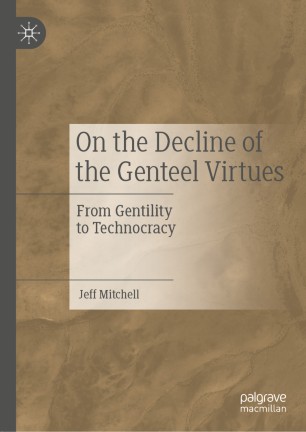 On the Decline of the Genteel Virtues

From Gentility to Technocracy

This innovative book proposes that what we think of as “moral conscience” is essentially the exercise of reflective judgment on the goods and ends arising in interpersonal relations, and that such judgment constitutes a form of taste. Through an ambitious historical survey Mitchell shows that the constant pendant to taste was an educational and cultural ideal, namely, that of the gentleman, whether he was an ancient Greek citizen-soldier, Roman magistrate, Confucian scholar-bureaucrat, Renaissance courtier, or Victorian grandee.
Mitchell argues that it was neither an ethical doctrine nor methodology that provided the high cultures with moral and political leadership, but rather an elite social order. While the gentry in the traditional sense no longer exists, it nevertheless made significant historical contributions, and insofar as we are concerned to understand the present state of human affairs, we need to grasp the nature and import of said contributions.