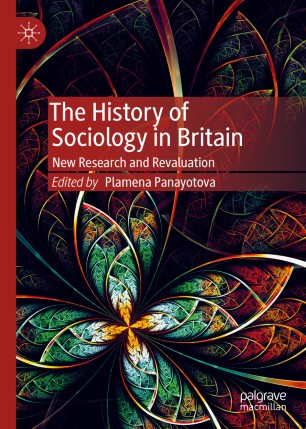 The History of Sociology in Britain

“British sociology has a fascinating and often disputed history. At a time of profound social change in Britain and the world, the discipline must ask questions about its own future and relevance. To do this, it is valuable to learn from its history. This volume is a unique contribution to that history and future. It brings together essays from some of the best and most learned sociologists Britain has produced in the last quarter century.”— Malcolm Williams, Professor of Sociology, Cardiff University, UK

“This rich and fascinating volume opens up vital new perspectives on the history of sociology in Britain.” — Donald MacKenzie, Professor of Social Policy and Political Science, University of Edinburgh, UK​

For many years, the history of British Sociology has been a neglected area of study among sociologists. In more recent times, there are signs of a growing curiosity among British sociologists about their subject’s origins and development. This collection sets out both to encourage and satisfy that curiosity while recognising the value of history as a teaching tool that can be used to inspire young sociology students and furnish them with a deeper understanding of the development of British sociology.

The volume contains essays by distinguished sociologists and historians who discuss British sociology’s controversial origins, the neglected legacies of several individuals and institutions, the history of how the discipline was taught in the UK throughout the twentieth century, and its peculiar relationships with statistics and the humanities.

The History of Sociology in Britain reveals the distinct character of British sociology through the course of its historical evolution. It is an original contribution and valuable addition to the field which intersects with historiography, epistemology and literature.

Plamena Panayotova has written a doctoral thesis on the history of British Sociology and Statistics and currently teaches quantitative methods and statistical literacy at the University of Edinburgh, UK.