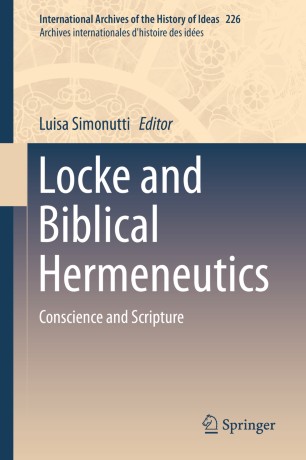 The volume presents illuminating research carried out by international scholars of Locke and the early modern period. The essays address the theoretical and historical contexts of Locke’s analytical methodology and come together in a multidisciplinary approach that sets biblical hermeneutics in relation to his philosophical, historical, and political thought, and to the philological and doctrinal culture of his time. The contextualization of Locke’s biblical hermeneutics within the contemporary reading of the Bible contributes to the analysis of the figure of Christ and the role of Paul’s theology in political and religious thought from the seventeenth century to the Enlightenment. The volume sheds light on how Locke was appreciated by his contemporaries as a biblical interpreter and exegete. It also offers a reconsideration that overarches interpretations confined within specific disciplinary ambits to address Locke’s thought in a global historic context.