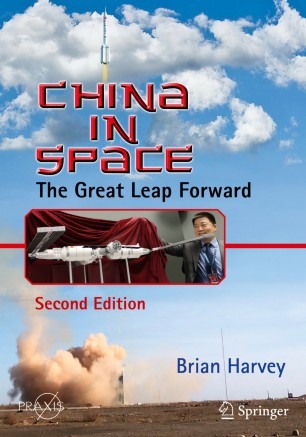 In 2019, China astonished the world by landing a spacecraft and rover on the far side of the Moon, something never achieved by any country before. China had already become the world’s leading spacefaring nation by rockets launched, sending more into orbit than any other. China is now a great space superpower alongside the United States and Russia, sending men and women into orbit, building a space laboratory (Tiangong) and sending probes to the Moon and asteroids. Roadmap 2050 promises that China will set up bases on the Moon and Mars and lead the world in science and technology by mid-century.
China’s space programme is one of the least well-known, but this book will bring the reader up to date with its mysteries, achievements and exciting plans. China has built a fleet of new, powerful Long March rockets, four launch bases, tracking stations at home and abroad, with gleaming new design and production facilities. China is poised to build a large, permanent space station, bring back lunar rocks, assemble constellations of communications satellites and send spaceships to Mars, the moons of Jupiter and beyond. A self-sustaining lunar base, Yuegong, has already been simulated. In space, China is the country to watch.