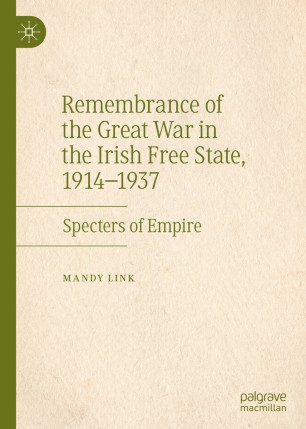 This book focuses on how Irish remembrance of the First World War impacted the emerging Irish identity in the postcolonial Irish Free State. While all combatants of the “war to end all wars” commemorated the war, Irish memorial efforts were fraught with debate over Irish identity and politics that frequently resulted in violence against commemorators and World War I veterans. The book examines the Flanders poppy, the Victory and Armistice Day parades, the National War Memorial, church memorials, and private remembrances. Highlighting the links between war, memory, empire and decolonization, it ultimately argues that the Great War, its commemorations, and veterans retained political potency between 1914 and 1937 and were a powerful part of early Free State life.