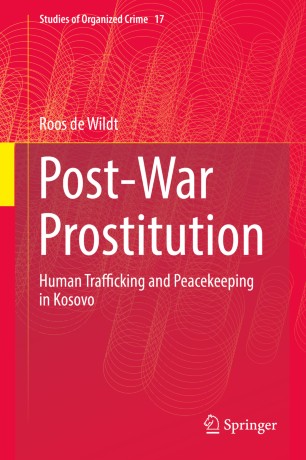 Human Trafficking and Peacekeeping in Kosovo

Amidst ongoing allegations of inappropriate behavior and trafficking during UN peacekeeping missions, this volume takes a step back to analyze the post-war and peacekeeping contexts in which prostitution flourishes.

Using ethnographic research conducted in Kosovo from 2011 to 2015, this book offers an alternate understanding of the growth of the sex industry in the wake of war. It features in-depth interviews with the diverse women engaged in prostitution, with those facilitating it, and with police, prosecutors, and gynecologists.  Drawing on the perspectives of women engaged in prostitution in the wake of war, this volume argues that the depiction of these women as victims of trafficking in the hegemonic discourse does more harm than good.  Instead, it outlines the complex set of circumstances and choices that emerge in the context of a growing post-war sex economy.

Extrapolating the conclusions from the study of Kosovo, this book will be a valuable resources for researchers and practitioners studying the aftermath of war in the Balkans and beyond, and researchers engaged with the function of the UN and peacekeeping missions internationally.