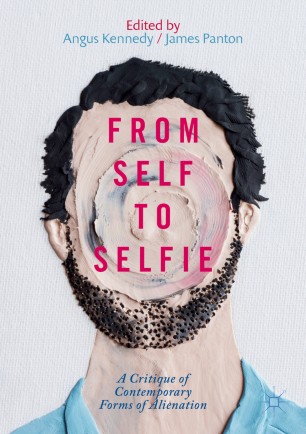 From Self to Selfie

A Critique of Contemporary Forms of Alienation

This edited collection charts the rise and the fall of the self, from its emergence as an autonomous agent during the Enlightenment, to the modern-day selfie self, whose existence is realised only through continuous external validation.

Tracing the trajectory of selfhood in its historical development - from the Reformation onwards -  the authors introduce the classic liberal account of the self, based on ideas of freedom and autonomy, that dominated Enlightenment discourse. Subsequent chapters explore whether this traditional notion has been eclipsed by new, more rigid, categories of identity, that alienate the self from itself and its possibilities: what I am, it seems, has become more important than what I might make of myself.

These changing dynamics of selfhood – the transition From Self to Selfie - reveal not only the peculiar ways in which selfhood is problematized in contemporary society, but equally the tragic fragility of the selfie, in the absence of any social authority that could give it some security.

Angus Kennedy is Convenor of the Battle of Ideas (boi) educational initiative, The Academy.

James Panton is Associate Lecturer in Philosophy at the Open University, and Head of Politics at Magdalen College School in Oxford, UK.