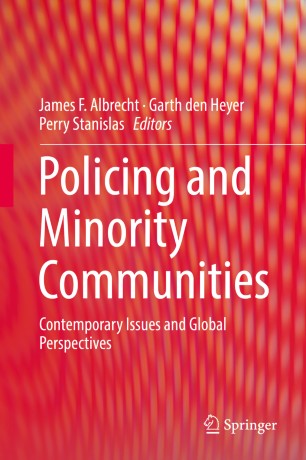 This insightful book examines the allegations against the professionalism, transparency, and integrity of law enforcement toward minority groups, from a global perspective. It addresses the challenges inherent in maintaining strong ties with members of the community, and draws attention to obstacles in ensuring public confidence and trust in rule of law institutions.  Most importantly, the book provides insight into mechanisms and proposals for policy reform that would permit enhanced police-community partnership, collaboration and mutual respect.
Acknowledging the consistency of this concern despite geographic location, ethnic diversity, and religious tolerance, this book considers controversial factors that have caused many groups and individuals to question their relationship with law enforcement.  The book examines the context of police-community relations with contributed research from Nigeria, South Africa, Kosovo, Turkey, New Zealand, Mexico, Scandinavia and other North American and European viewpoints.  It evaluates the roles that critical factors such as ethnicity, political instability, conflict, colonization, mental health, police practice, religion, critical criminology, socialism, and many other important aspects and concepts have played on perceptions of policing and rule of law.