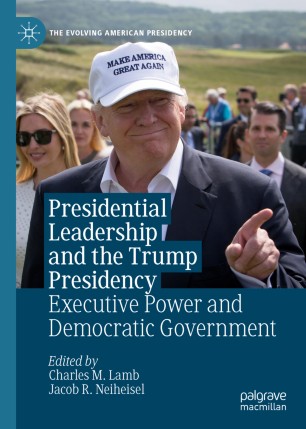 Presidential Leadership and the Trump Presidency

This title brings together seven presidential politics scholars to address the Trump presidency and the current functioning of American democracy based on recent provocative research. These studies focus on several important topics, including presidential leadership theory and the Trump presidency, examining its mistruths, analyzing its record in the lower federal courts, probing its use of the pardon power, debating whether it requires an entirely new United States constitution to prevent future authoritarian threats, and assessing Trump's contribution to presidential power research. Taken together, these chapters represent a snapshot view of the early Trump presidency and its implications for US politics moving forward.