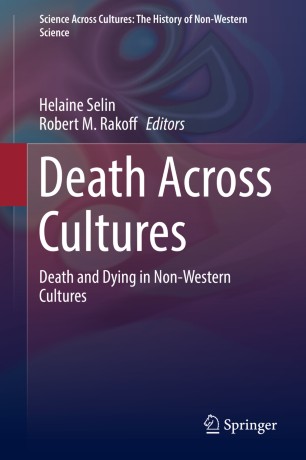 Death and Dying in Non-Western Cultures

Part of the Science Across Cultures: The History of Non-Western Science book series (SACH, volume 9)

Death Across Cultures: Death and Dying in Non-Western Cultures, explores death practices and beliefs, before and after death, around the non-Western world. It includes chapters on countries in Africa, Asia, South America, as well as indigenous people in Australia and North America.  These chapters address changes in death rituals and beliefs, medicalization and the industry of death, and the different ways cultures mediate the impacts of modernity. Comparative studies with the west and among countries are included. This book brings together global research conducted by anthropologists, social scientists and scholars who work closely with individuals from the cultures they are writing about.

Helaine Selin was a Faculty Associate and Science Librarian at Hampshire College, Amherst, Massachusetts, USA, from which she retired in 2012. She is the editor of the Encyclopedia of the History of Science, Technology, and Medicine in Non-Western Cultures (3rd ed. Springer 2016) and seven books in Springer’s Science Across Cultures series, on Astronomy, Mathematics, Medicine, Nature, Childbirth, Parenting, and Happiness.

Robert M. Rakoff, emeritus professor of politics and environmental studies at Hampshire College, received his B.A. from Oberlin College and his M.A. and Ph.D. from the University of Washington in the U.S.
He taught at the University of Illinois/Chicago and worked for the U.S. Department of Housing and Urban Development before coming to Hampshire College, Amherst, Massachusetts in 1979.
His teaching and research interests include environmental history and policy; the politics of land use; US welfare policy; the cultural construction of nature; creative non-fiction writing about the outdoors; and the political economy of farming and rural life.