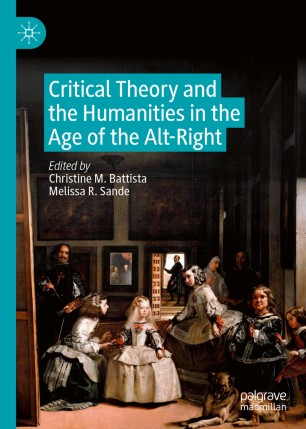 This books uses critical theory in order to understand the rise of the Alt-Right and the election of Donald Trump—and, in doing so, to assert the necessity and value of various disciplines within the humanities. While neoliberal mainstream culture has expressed shock at the seemingly expeditious rise of the Alt-Right movement and the outcome of the 2016 United States presidential election, a rich tradition of theory may not only explain the occurrence of this “phenomenon,” but may also chart an alternative understanding of the movement, revealing the persistence of right-wing populism throughout the twentieth and twenty-first centuries.Though the humanities have seen themselves undervalued and under attack in recent years, the historical and cultural contextualization of the current moment via theory is a means of reaffirming the value of the humanities in teaching the ever-important and multifaceted skill of critical literacy. This book re-affirms the humanities, particularly the study of literature, theory, and philosophy, through questions such as how the humanities can help us understand the here and now.

Christine M. Battista is Assistant Professor of English at Johnson & Wales University, USA. She is co-editor of Ecocriticism and Geocriticism: Overlapping Territories in Environmental and Spatial Literary Studies (Palgrave, 2016). She specializes in the environmental humanities, theory and criticism, postcolonial studies, and American literature.

Melissa R. Sande is Dean of Humanities at Union County College, USA. Her work has been published in such venues as Quarterly Horse and The Journal of South Texas English Studies. She specializes in American and Caribbean women’s writing, as well as literary theory.