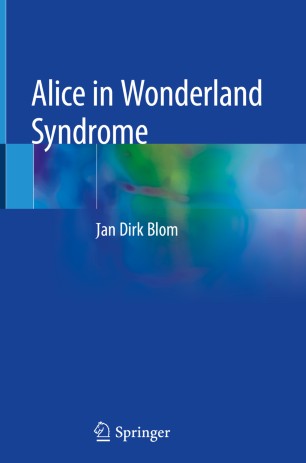 The book provides the first state-of-the-art overview of Alice in Wonderland syndrome, an enigmatic neurological condition characterized by a range of perceptual distortions (for example, seeing things as being larger or smaller than they actually are; seeing human faces change into animal faces; feeling one’s body growing larger or smaller; experiencing time as slowing down or speeding up; etc.). It describes the clinical presentation of the syndrome, including its huge variety of symptoms and the variability of its natural course.The book starts out with several vivid vignettes, and then explains how and why the concept was introduced. In addition, it explains what is currently known about the underlying medical conditions and brain mechanisms, proposes a diagnostic algorithm, and makes recommendations for treatment. Throughout the book, a recurring question is whether or not Charles Dodgson (aka Lewis Carroll) suffered from the symptoms he described so aptly in Alice’s Adventures in Wonderland. Accordingly, it should appeal to anyone interested in the brain and its disorders, as well as readers interested in the life of Lewis Carroll.

Jan Dirk Blom (1965, the Netherlands) is a professor of clinical psychopathology at Leiden University. He obtained his MD in 1994, and started working as a resident in the Neurology Department of the University Medical Center Utrecht. In 1996 he switched to psychiatry, and in 2001 registered as a clinical psychiatrist. In 2003 he obtained his PhD at Leiden University’s Department of Philosophy. He has been working at Parnassia Psychiatric Institute in The Hague since 1996. He specialises in the field of psychotic disorders, and is head of the Outpatient Clinic for Uncommon Psychiatric Syndromes. In addition, he is director of Parnassia’s Psychiatric Residency Training Programme for Adult Psychiatry. He published over 100 scientific texts, as well as several books.