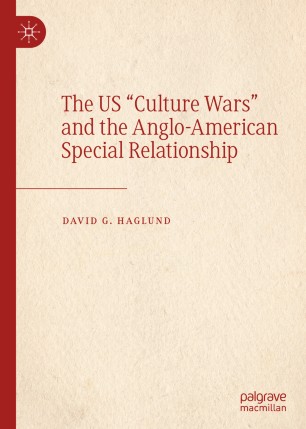 The US "Culture Wars" and the Anglo-American Special Relationship

This book discusses “culture” and the origins of the Anglo-American special relationship (the AASR). The bitter dispute between ethnic groups in the US from 1914–17—a period of time characterized as the “culture wars”—laid the groundwork both for US intervention in the European balance of power in 1917 and for the creation of what would eventually become a lasting Anglo-American alliance. Specifically, the vigorous assault on English “civilization” launched by two large ethnic groups in America (the Irish-Americans and the German-Americans) had the unintended effect of causing America’s demographic majority at the time (the English-descended Americans) to regard the prospect of an Anglo-American alliance in an entirely new manner. The author contemplates why the Anglo-American “great rapprochement” of 1898 failed to generate the desired “Anglo-Saxon” alliance in Britain, and in so doing features theoretically informed inquiries into debates surrounding both the origins of the war in 1914 and the origins of the American intervention decision nearly three years later.
David G. Haglund is Professor of Political Studies at Queen's University, Canada. His research focuses on transatlantic security and Canadian and American international security policy.