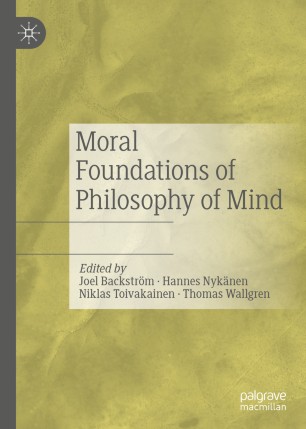 Moral Foundations of Philosophy of Mind

This volume brings together a collection of essays that explore in a new way how unacknowledged moral concerns are integral to debates in the philosophy of mind.The radical suggestion of the book is that we can make sense of the internal dynamics and cultural significance of these debates only when we understand the moral forces that shape them.

Drawing inspiration from a variety of traditions including Wittgenstein, Lacan, phenomenology and analytic philosophy, the authors address a wide range of topics including the mind/body-problem, the problem of other minds, subjectivity and objectivity, the debates on mindreading, naturalism, reductive physicalism, representationalism and the ‘E-turn’; Dennett’s heterophenomenology, McDowell’s neo-Kantianism, Wittgenstein’s ‘private language’ considerations and his notion of an ‘attitude towards a soul’; repression, love, conscience, the difficulties of self-understanding, and the methods and aims of philosophy.

Through a combination of detailed, immanent criticism and bold constructive work, the authors move the discussion to a new level, beyond humanistic or conservative critiques of naturalism and scientism.

Joel Backström is a lecturer at the University of Helsinki, Finland and has published articles on moral philosophy, Wittgenstein and the philosophical significance of Freud.

Hannes Nykänen is a lecturer at the University of Helsinki, Finland and has published articles on conscience, repression, collectivity and the ethical centrality of the I-you perspective.

Niklas Toivakainen is a researcher at the University of Helsinki, Finland and has published articles on moral philosophy, Wittgenstein, and on the philosophy of technology.

Thomas Wallgren is Director of The Von Wright and Wittgenstein Archives and Professor of Philosophy at the University of Helsinki, Finland.