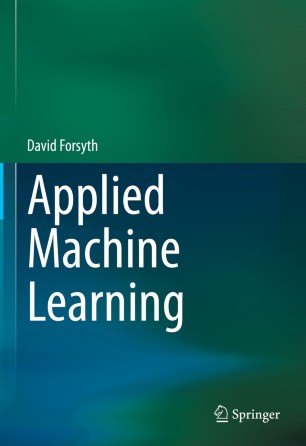 David Forsyth grew up in Cape Town. He received a B.Sc. (Elec. Eng.) from the University of the Witwatersrand, Johannesburg in 1984, an M.Sc. (Elec. Eng.) from that university in 1986, and a D.Phil. from Balliol College, Oxford in 1989. He spent three years on the faculty at the University of Iowa, ten years on the faculty at the University of California at Berkeley, and then moved to the University of Illinois. He served as program co-chair for IEEE Computer Vision and Pattern Recognition in 2000, 2011, 2018 and 2021; general co-chair for CVPR 2006 and ICCV 2019, and program co-chair for the European Conference on Computer Vision 2008, and is a regular member of the program committee of all major international conferences on computer vision. He has served six terms on the SIGGRAPH program committee. In 2006, he received an IEEE technical achievement award, in 2009 he was named an IEEE Fellow, and in 2014 he was named an ACM Fellow. He served as Editor-in-Chief of IEEE TPAMI from 2014-2017. He is lead co-author of Computer Vision: A Modern Approach, a textbook of computer vision that ran to two editions and four languages. He is sole author of Probability and Statistics for Computer Science, which provides the background for this book. Among a variety of odd hobbies, he is a compulsive diver, certiﬁed up to normoxic trimix level.