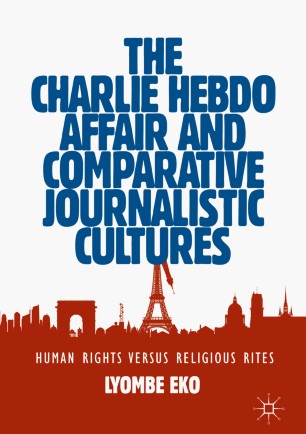 The Charlie Hebdo terrorist attack of January 7, 2015 shook French journalism to the core and reverberated around the world, triggering a cascade of responses from journalists, media outlets, cartoonists and caricaturists from diverse geographies of freedom of expression and journalistic cultures.
This book is a multifaceted case study that describes and explains sameness and difference in diverse journalistic conceptualizations of the Charlie Hebdo affair from a comparative, international perspective. It explores how different journalistic traditions, cultures, worldviews and styles conceptualized and reacted to the clash between freedom of expression and respect for religious sentiments in the context of terrorism, where those sentiments are imposed on the media and secular societies through intimidation, coercion and violence. The book analyzes the political and cultural clashes between the core human right of freedom of expression, and rite of respect for religious sentiments, which is situated on the outer periphery of the human right of freedom of religion. It also examines how media outlets, editors, and cartoonists from different politico-cultural contexts and journalistic cultures in Africa, Asia, Europe, the Middle East, and North and South America, addressed the delicate issue of Mohammed cartoons in general, and the problem of (re)publication of the controversial Charlie Hebdo Je Suis Charlie Mohammed cartoon, in particular.