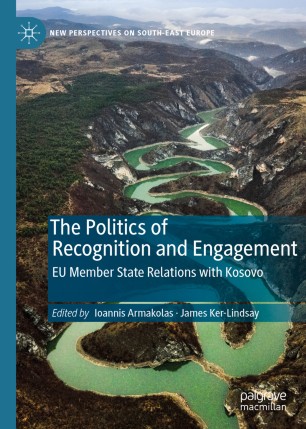 The Politics of Recognition and Engagement

This edited volume explores the different ways in which members of the European Union have interacted with Kosovo since it declared independence in 2008. While there is a tendency to think of EU states in terms of two distinct groups – those that have recognised Kosovo and those that have not – the picture is more complex. Taking into account also the quality and scope of their engagement with Kosovo, there are four broad categories of member states that can be distinguished: the strong and weak recognisers and the soft and hard non-recognisers. In addition to casting valuable light on the relations between various EU members and Kosovo, this book also makes an important contribution to the way in which the concepts of recognition and engagement, and their relationship to each other, are understood in academic circles and by policy makers.

Ioannis Armakolas is Assistant Professor at the Department of Balkan, Slavic and Oriental Studies, University of Macedonia, and Senior Research Fellow and Head of the South-East Europe Programme at the Hellenic Foundation for European and Foreign Policy (ELIAMEP), Greece.

James Ker-Lindsay is Visiting Professor at LSEE-Research on South East Europe at the European Institute, London School of Economics and Political Science, and Research Associate at the Centre for International Studies at Oxford University, UK.