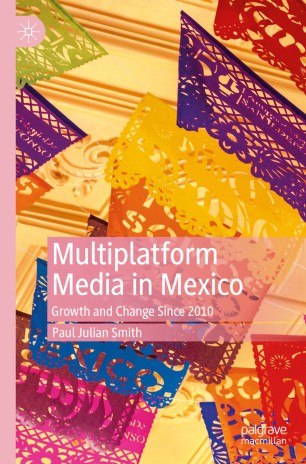 Growth and Change Since 2010

Multiplatform Media in Mexico is the first book to treat the exciting, interconnected fields of cinema, television, and internet in Mexico over the last decade, fields that combine to be called multiplatform media. Combining industrial analysis of a major audiovisual field at a time of growth and change with close readings of significant texts on all screens, acclaimed author Paul Julian Smith deftly details these new audiovisual trends. The book includes perspectives on local reporting on the ground, as covered in the chapter documenting media response to the 2017 earthquake. And, for the first time in this field, the book draws throughout on star studies, tracing the distinct profiles of actors who migrate from one medium to another. As a whole, Smith’s analyses illustrate the key movements in screen media in one of the world’s largest media and cultural producing nations. These perspectives connect to and enrich scholarship across Latin American, North American, and global cases.

Paul Julian Smith is Distinguished Professor in the Latin American, Iberian, and Latino Cultures Program at the Graduate Center in City University of New York, USA. He was previously for nineteen years the Professor of Spanish at the University of Cambridge, UK, where he took his PhD. He is author of twenty-one books (translated into Spanish, Chinese, and Turkish) and over one hundred academic articles.