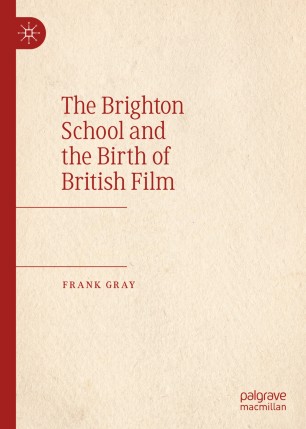 The Brighton School and the Birth of British Film

This study is devoted to the work of two early British filmmakers, George Albert Smith and James Williamson, and the films that they made around 1900. Internationally, they are known collectively as the ‘Brighton School’ and are positioned as being at the forefront of Britain’s contribution to the birth of film. The book focuses on the years 1896 to 1903, as it was during this short period that film emerged as a new technology, a new enterprise and a new form of entertainment. Beginning with a historiography of the Brighton School, the study goes on to examine the arrival of the first 35mm films in Britain, the first film exhibitions in Brighton and the first projection of film in Brighton. Both Smith and Williamson’s work features a progression from the production of single shot unedited films to multi-shot edited films. Their subject matter was inspired by a knowledge of contemporary pantomime, humour, literature, theatre, mesmerism, the magic lantern and current affairs and their practices were underpinned by active involvement in the new film trade. Through the exploration of how these filmmakers cultivated a new way of understanding film and its commercial potential, this book establishes them as key figures in the development of British film culture.

Frank Gray is the Director of Screen Archive South East at the University of Brighton, UK, an AHRC Knowledge Transfer Fellow, a Co-Director of Cinecity (the Brighton Film Festival) and has served as the Chair of Film Archives UK. His research is dedicated to the beginnings of film in Brighton and Britain.