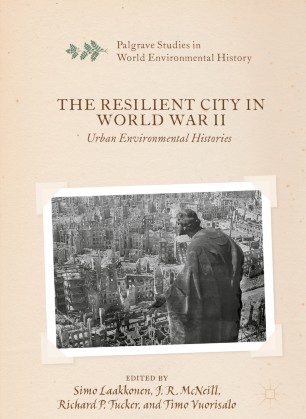 The fate of towns and cities stands at the center of the environmental history of World War II. Broad swaths of cityscapes were destroyed by the bombing of targets such as transport hubs, electrical grids, and industrial districts, and across Europe, Asia, and the Americas, urban environments were transformed by the massive mobilization of human and natural resources to support the conflict. But at the same time, the war saw remarkable resilience among the human and non-human residents of cities. Foregrounding the concept of urban resilience, this collection uncovers the creative survival strategies that city-dwellers of all kinds turned to in the midst of environmental devastation. As the first major study at the intersection of environmental, urban, and military history, The Resilient City in World War II lays the groundwork for an improved understanding of rapid change in urban environments, and how societies may adapt.