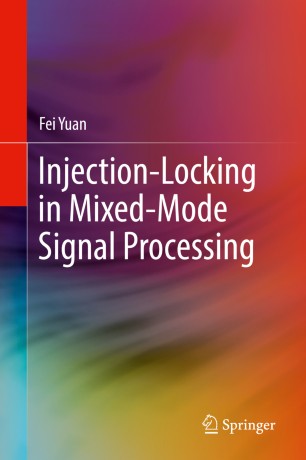 Fei Yuan received the B.Eng. degree in electrical engineering from Shandong University, Jinan, China in 1985, the M.A.Sc. degree in chemical engineering, and the Ph.D. degree in electrical engineering from University of Waterloo, ON, Canada in 1995 and 1999, respectively. During 1985-1989, he was a Lecturer in the Department of Electrical Engineering, Changzhou Institute of Technology, Jiangsu, China. In 1989 he was a Visiting Professor at Humber College of Applied Arts and Technology, Toronto, ON, Canada, and Lambton College of Applied Arts and Technology, Sarnia, ON, Canada. He was with Paton Controls, Sarnia, ON, Canada during 1989-1994 where he designed distributed process control systems for petrochemical processes worldwide. Since 1999 he has been with Department of Electrical, Computer, and Biomedical Engineering, Ryerson University, ON, Canada, where he is currently a full professor. Dr. Yuan served as the Chair of Department during 2010-2015.

Dr. Yuan is the editor of Low-Power Circuits for Emerging Applications in Communications, Computing and Sensing (CRC, 2018), the editor and a lead contributor of CMOS Time-Mode Circuits : Principles and Applications (CRC, 2015), the author of CMOS Circuits for Passive Wireless Microsystems (Springer, 2010), CMOS Active Inductors and Transformers : Principle, Implementation, and Applications (Springer, 2008), CMOS Current-Mode Circuits for Data Communications (Springer, 2006) and the lead co-author of Computer Methods for Analysis of Mixed-Mode Switching Circuits (Kluwer Academic, 2004). In addition, he is the author / coauthor of 10 book chapters and over 230 research papers in refereed international journals and conference proceedings. Dr. Yuan was awarded Dean's Teaching Award in 2017, Ryerson Research Chair award in 2005, Dean's Research Award in 2004, Early Tenure from Ryerson University in 2003, Doctoral Scholarship from the Natural Science and Engineering Research Council of Canada in 1997 and 1998, Teaching Excellence Award from Changzhou Institute of Technology in 1988, and Science and Tech. Innovation Award from Changzhou Municipal government in 1988. Dr. Yuan is a Fellow of IET, a senior member of IEEE, and a registered professional engineer in the province of Ontario, Canada.